Oswestry Tennis Club invited members of the community to enter a fun doubles tournament, sponsored by DRE & Co. as part of the Oswestry Community Games.

Even a sustained period of heavy drizzle couldn’t dampen the enthusiasm and competitiveness of the eight pairings taking part.

Despite a heavy loss to Kobe & Ellie in the Group stage Andy & Calin made a terrific start in the final, quickly taking a 4 games to 1 lead. However Kobe & Ellie regained their impressive form to take the next 4 games and so a 5-4 lead. Andy & Calin were not to relinquish their title easily though and brought it back to 5-5 and then 6-6, where a tense tie-break was to decide the championship. The high-quality tennis continued and Andy & Calin showed their experience to defeat the junior pairing to retain the title.

Oswestry Community Games medals were awarded to the winners.

Big thank you to OTC club members Matt Grice, Jill Edwards, Rich Parsons-Hann, Christine Whittingham and Jeanne Craggs for helping Gary Edwards with the organising and running of this event.

It is hoped that the tournament will be repeated next year. 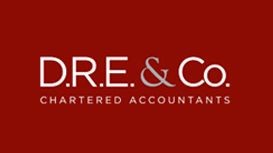